After many years the derelict space along side Boyes Avenue in Clifton Village has finally received planning approval.

The parade of shops which used to be home to WH Smiths, was last used by the public in 2014 when the area in front of it became a temporary Christmas ice-rink. The ‘Clifton on Ice’ signage can still be seen beyond the graffiti on the building despite the rink only being open for one Christmas season five years ago. (see image below)

The new development will feature a commercial block with retail outlets on all four sides, offering shops, a cafe/restaurant and offices, after Bristol City Council granted developer THAT Group permission on Wednesday, January 22

The approval follows four rounds of public consultation, during which the design evolved, and the council received a total of 278 objections and 94 letters of support.

Chief executive of THAT Group, Peter Tisdale, told the committee he regretted so many of the neighbours objected, but the application had been “painstakingly put together” he was “delighted and relieved” to have finally got planning consent for the site after “many years of hard work”

A planning officer said the proposed “contemporary, high-quality building” was “appropriate” for the site and would replace a “negative building”.

“We recognise that the surrounding buildings are more historic,” she said, “but this is an island site and it can’t replicate the historic buildings that are around it.” 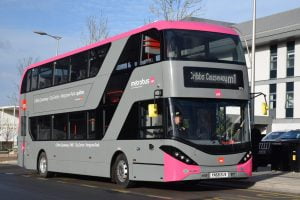 In the latest draft of the West of England transport plan, released earlier this week, nine new metrobus routes were confirmed.  Seven of these routes had already been proposed and there were two new additional routes.These were the original seven proposed new routes:
The two additional routes are:

The plans are less specific however about the anticipated time scales.  Bristol Parkway to Cribbs Causeway and Bristol City Centre to Airport seem to receive the greatest priority and would potentially be in place in the next 2-3 years.  The other routes which have been labelled as medium to long term objectives are looking at completion dates between 2026 and 2036. 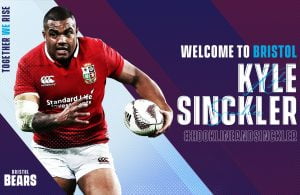 The England and Lions prop Kyle Sinckler has joined Bristol Bears from Harlequins on a two-year deal.

The 26 year-old – who will play for the Bears as of next season – has 31 caps for England and played in all three British & Irish Lions’ Tests on the tour to New Zealand in 2017.

“Kyle is an outstanding player and it’s fantastic to bring someone of his international calibre to the Bears,” said Bristol’s director of rugby, Pat Lam. “A key part of our vision is developing our homegrown contingent to become England internationals. Kyle can set the example of what it takes for a young player to succeed at the highest level.  He’s coming into his peak years as a front rower and has a wealth of experience at the very highest level.”

Sinckler said he could not turn down the opportunity to play under Lam at Bristol. “The Bears are an ambitious club on the up . There’s a clear plan in place for long-term success and I’m looking forward to contributing.”